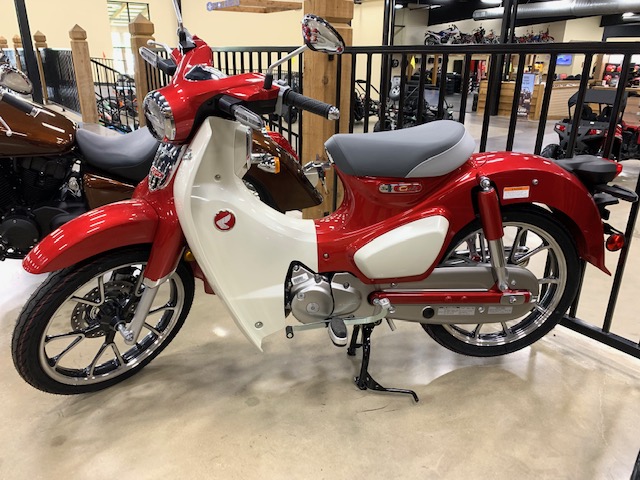 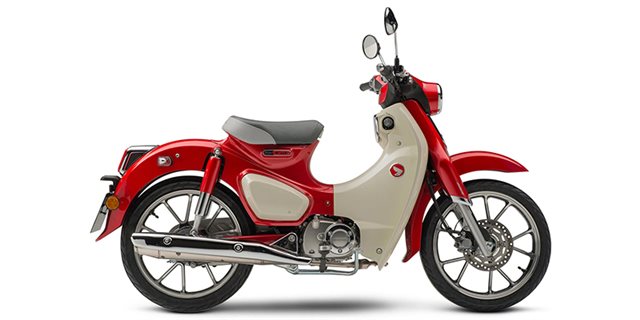 335 people have recently viewed it.
Description

THE WORLD’S FAVORITE BIKE
It’s the machine that changed motorcycling in America, and that put the whole world on two wheels. The Honda Super Cub™ was the right bike at the right time, and now it’s back in a thoroughly modern version, the right bike for the way we ride today. Sure, you’ll love the classic look, but underneath that timeless bodywork it’s packed with plenty of modern features. And what made it great then still makes it great now: it’s  affordable, practical, and just the right size for a wide variety of riders. But the real reason why the Super Cub was and is such a success is because it’s just so much fun. Keep on going, little Honda!

125cc FUEL-INJECTED ENGINE
Nobody can match Honda’s reputation for engines, and even though the Super Cub is relatively compact, it’s a giant in terms of performance and reliability.

FOUR-SPEED SEMI-AUTOMATIC TRANSMISSION
The Super Cub features a four-speed semiautomatic transmission that you shift with your left foot, like a traditional motorcycle. But here’s the unique feature: there’s no clutch to worry about—you just toe and go.

STEP-THROUGH CHASSIS
This is one of the key design elements which made the original Cub so popular. The Super Cub’s step-through design incorporates frontal bodywork to help shield you from the wind and road splash. It’s not only super convenient, but makes it easy to get on and off the bike.

STANDARD ABS
Our front-wheel Anti-Lock Braking System (comes standard on the Super Cub) can be a big help in making controlled stops in lessthan-ideal conditions, like on wet pavement or other compromised surfaces. It’s a great feature whether you’re using your new bike as a= commuter or just riding it for fun, since it helps you stop with added confidence.

Prices shown are not final and do not include sales tax, finance charges, vehicle registration fees, or any other fees required by law. Prices may be subject to changing incentives. If applicable, incentives may require a trade-in, financing, or other specific qualifications and restrictions. Reasonable efforts are made to keep information on this website accurate, but Dealer and/or its affiliates do not assume responsibility for omissions or for misprints or other errors displayed on this website. EPA mileage estimates are for newly manufactured vehicles only, so actual mileage will depend on how the vehicle is driven and maintained.